No. 458 was formed at Williamtown, New South Wales on 10 July 1941. The squadron "originals" departed for England in August to join other personnel assembled at RAF Holme-on-Spalding Moor, where the squadron was officially established as No. 458 (Bomber) Squadron on 25 August 1941. Equipped with Wellington Mk.IV bombers, No 458 Squadron soon participated in its first operational sortie on 20/21 October, when ten of its aircraft joined in night attacks made by No. 1 (Bomber) Group RAF against the ports of Emden, Antwerp and Rotterdam. In addition to bombing missions over France and Germany the Wellingtons were involved in mine-laying operations along enemy occupied coasts. At the end of January 1942 the squadron was withdrawn from Bomber Command to perform services in the Middle East.

TO THE MIDDLE EAST

The relocation to Middle East Command proved to be a chaotic affair. Air and ground crews were separated as the latter went by boat and the squadron's aircraft were commandeered for operations by other squadrons from Malta, where they had stopped on their way to Egypt. When they finally arrived in the Middle East, the squadron's ground crew found themselves working on the maintenance of bombers operated by the Royal Air Force and the United States Army Air Force, while the air crew were already being attached to 37, 70, 104, 108, and 148 Squadrons RAF.

Finally, on 1 September 1942, 458 Squadron was re-united at El Shallufa, Egypt and began a new life of attacking ships and submarines with bombs and torpedoes, maritime patrols, sea rescue missions, convoy escorts and mine laying operations. In these roles, its aircraft operated from airfields in Egypt, Malta, Libya, Tunisia, Algeria, Sardinia, and Corsica. The squadron also still undertook conventional bombing tasks, such as in support of the Allied invasion of southern France in August 1944. No 458 Squadron moved altogether to the European continent in September 1944, when it moved its headquarters to Foggia Airfield, Italy, while detachments were deployed to Falconara Airfield, Italy; Rosignano Airfield, Italy and La Vallon Airfield, France.

26 January 1945 the squadron was to move one final time, to RAF North Front, Gibraltar. With the allied liberation of France, and the continuing progress of the Allied campaign in Italy, enemy submarines and surface vessels in the Mediterranean presented little threat anymore. The squadron new task was now to roam out from Gibraltar across the western Atlantic, escorting Allied convoys and searching for German submarines. The squadron was still carrying out these tasks when the war in Europe ended. 458 Squadron disbanded shortly thereafter on 9 June 1945 at Gibraltar. 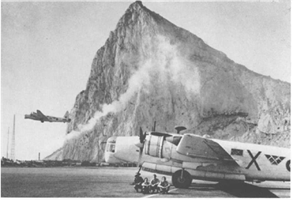 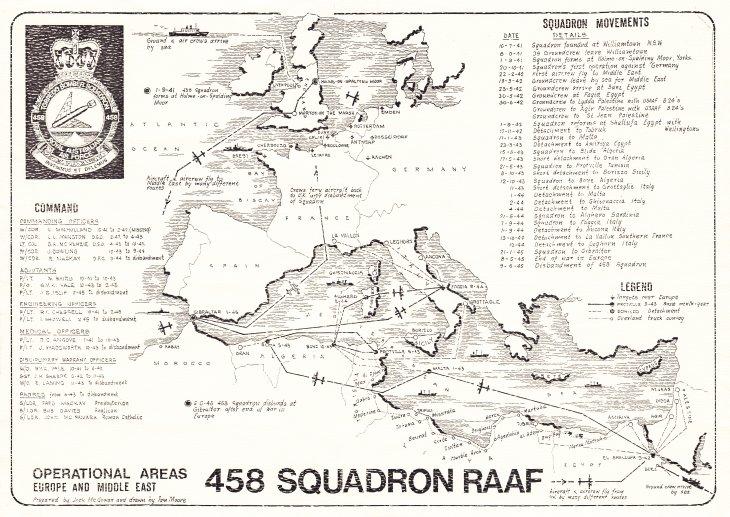 Prepared by Jock McGowen and drawn by Tom Moore 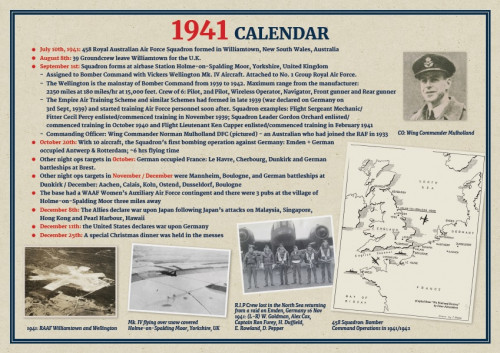 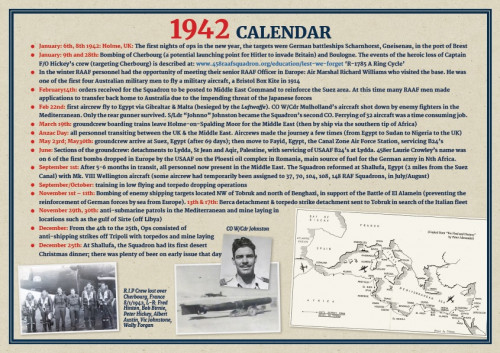 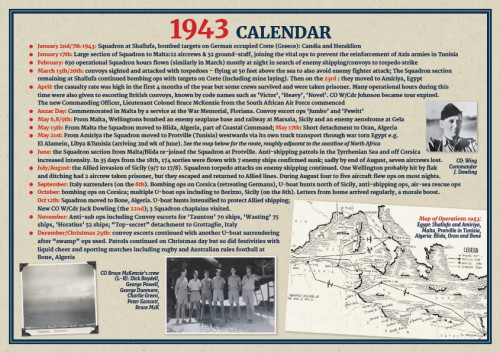 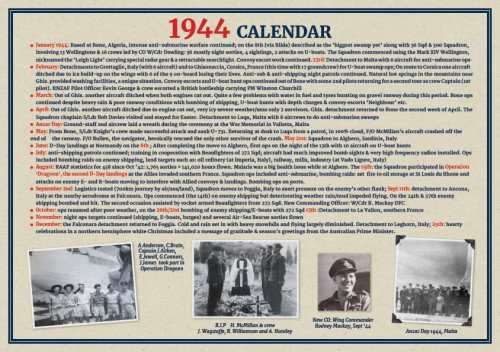 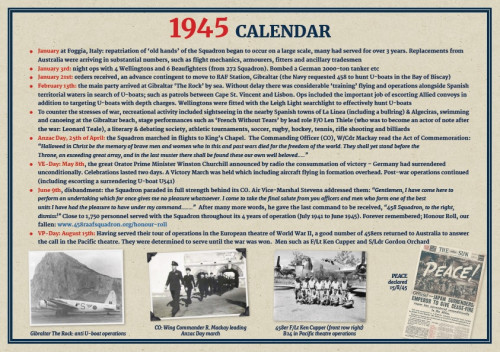