Herbert Nicholas Leonard (Nick) BERTRAM was the first child and son of Herbert and Olive BERTRAM and was born at a small hospital in Palm-Place Hackney, an inner suburb of Adelaide, on 29th February 1916.

He attended the Richmond State School and after leaving school he was scales mechanic for Avery Scales. As a young man he enjoyed motor-cycle speedway racing at Camden Motordrome on Anzac Hwy and became well known in the sport before he joined the RAAF during World War Two (1941-1945).

Nick served in North Africa & the Middle East, he was a Wireless Operator/Air gunner with the 117 Squadron RAF and 458 Squadron RAAF before he was promoted to Flying Officer in November 1944. Shortly after he joined the 459 Squadron RAAF as a Pilot.

Nick survived two force landings during the war, one in the North African desert while posted to the 117 Squadron RAF and the other in the Mediterranean ocean while posted to the 458 Squadron RAAF. He is a member of the worldwide ‘Goldfish Club’ an association of people who survive a ditching in the sea. Also ‘The Late Arrivals club’ for airmen abandoning in enemy territory and making it back to their squadron.

In August 1945 Nick married Eileen Joyce ANDERSON the daughter of Frank and Emma (nee Medlin) ANDERSON at Pirie Street Methodist Church, Adelaide South Australia. Nick and Joyce (as she was known to her family) lived at Anzac Highway Keswick and had one son Howard BERTRAM in 1949.

Nick operated his engineering business originally called Berfield Engineering Products; it was later changed to Bertram Engineering Company, on the corner of Marleston Avenue and Anzac Highway, Keswick. The factory had a foundry and caste brass valves for Simpson Water Softeners. Also centre rods for Munro, Wylie Shock Absorbers. The foundry also made the brass external light fittings for the Adelaide Hospital.

Nick had a passion for flying and took up glider flying in the mid 1950s. He was a founding member of the Great Eastern Gliding Club. In October 1959 Nick was involved in a fatal gliding accident at Pallamana Airfield near Murray Bridge, South Australia. He was interred at the Centennial Park Cemetery. 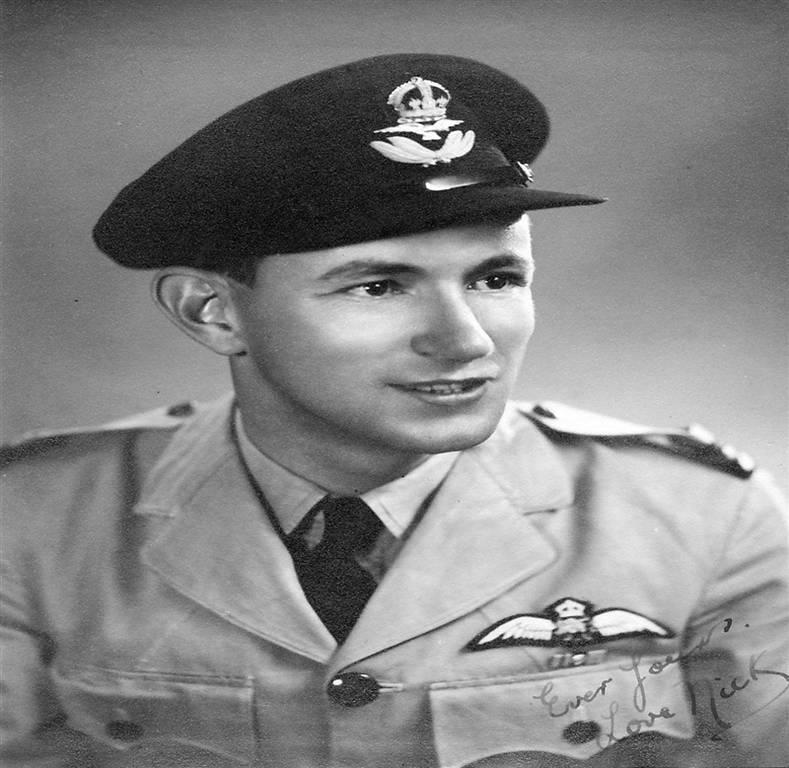