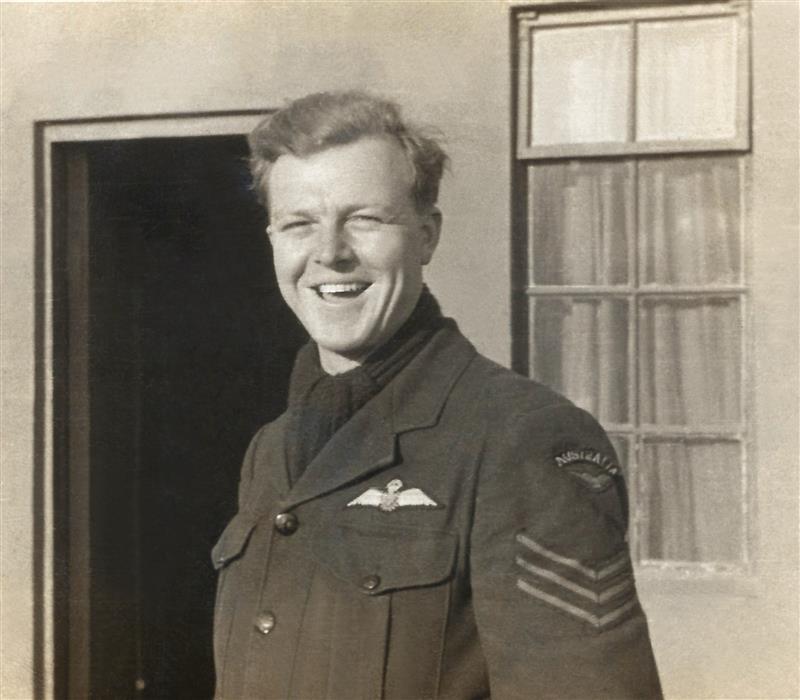 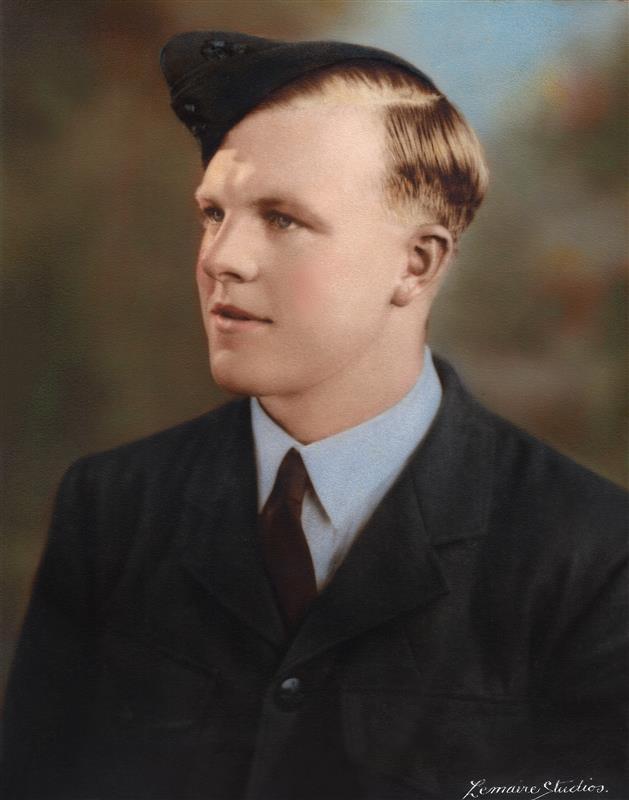 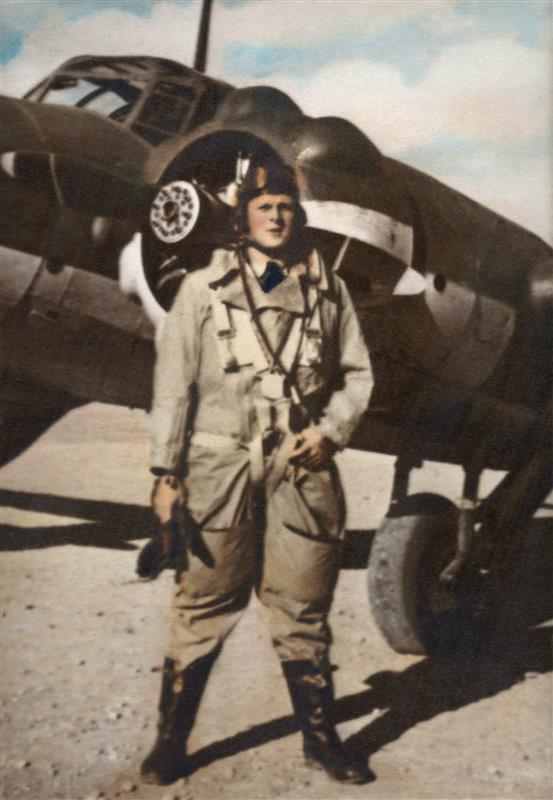 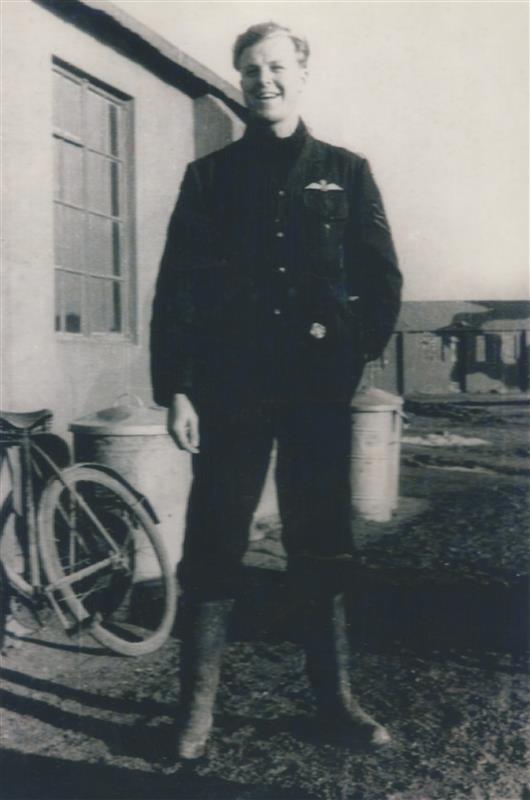 Sgt Wills on Base in England

My brother, Sergeant Arthur Reginald Wills (402430) of No. 458 Squadron RAAF, was born in Mudgee, New South Wales on September 9th, 1919. He was the first child of our parents Carlton Wills and Hermione Mildred Wills (née Nelson). Next came our brother Carlton, then our sister Nona, and finally yours truly, Ralph, in 1928.

Arthur was a gentleman. He didn’t drink or smoke. He was a reasonably quiet person but liked having a good time. He was very keen on the outdoors and camping. He would go to Port Macquarie and camp on the beach. He and our brother Carl belonged to the Evans Head Lifesavers.

When the war came, Arthur was living in Sydney and working as a clerk at the Bank of New South Wales. He joined the RAAF on August 19th, 1940. The family didn’t know that before he joined the Air Force he had been taking flying lessons privately in Sydney. His first training station was at Narrandera in NSW.

In those days, all the boys going to war were given a send-off. Arthur’s was at the Wingham Memorial Town Hall. Nona had joined the Air Force and Carl had joined the Army, and today the names of Arthur, Carl and Nona are on the Honour Board in the foyer of the Wingham Memorial Town Hall. I remember when we were at the send-off. I can still see him in the middle of the hall, surrounded by people singing “We’ll Meet Again”.

Arthur had many friends – he was just that kind of person. When he first joined the Air Force and was in camp in Sydney he was very friendly with a husband and wife called Bottomly. He also had lots of girlfriends.

The last time I saw Arthur was some time in late 1941. I was 12 or 13 years old. He was on leave in Newcastle, from the ship that would soon take him to Auckland. The family had traveled in to see him and we stayed at a hotel. One day Arthur and I decided to go out and explore the city. At some point he said, “Jimmy, let’s go to the movies.” He always called me “Jimmy” – never Ralph – and to this day I don’t know why. He then asked me to run back to the hotel to let Mum and Dad know we would be out a little longer than expected. When I got back to meet up with him he was nowhere to be seen – I couldn’t find him. Finally we connected and went and saw a showing of the Alfred Hitchcock film The 39 Steps. It was a great day, and the last memory I have of my brother.

After that we saw a photo of Arthur marching through Auckland. He was in the front row. I don’t recall if it was a photograph or a newspaper clipping Arthur had sent us. Next thing he was in Canada.

On February 16th, 1942 Arthur was the 2nd pilot onboard Vickers Wellington Bomber AD539 when it was shot down over the Mediterranean, between Sicily and Malta, while in transit to the Middle East. Arthur, aged 22, and five other crew members drowned. This was a surprise to us as he had been a swimmer and a lifesaver. The bodies of Wing Commander N.G. Mulholland and one other were picked up by a ship and they were buried in Messina, Italy. One crew member, Acting Flying Officer J.W. Willis-Richards, a tail gunner, went under water and when he came up the plane was 100 meters in front of him. He survived and ended up in a POW camp.

At the time of Arthur’s death, Dad was working at the bank in Wingham, while Mum and I were living in a rented house in Ashfield. One day, in either late February or March, we received a telegram informing us that Arthur was “MISSING IN ACTION”. Some time went by until we were updated, the next telegram stating that Arthur was “MISSING IN ACTION BELIEVED KILLED”. Mum was preparing to travel to Sydney for an operation when the final telegram arrived. It said, “CONFIRMED TO BE KILLED”.

After Arthur was killed the family received letters from two girls in England – both of whom felt he was going to marry. There was also a woman who lived in Turramurra who we had a lot to do with after Arthur died, as he had known her two brothers when they were in training in the Air Force.

Arthur loved music and the opera, and after he died some of his belongings were sent home, most of which Dad asked us to get rid of, as we had no use for them. One thing I remember being included in these belongings was a guitar. Arthur must have loved dancing as also included was a formal dinner suit with tails. We kept that in the family for years.

I am proud to share this information about my brother Arthur, particularly as this year would have been his 100th birthday. He was an extraordinary person and not a day goes by when he isn’t remembered. 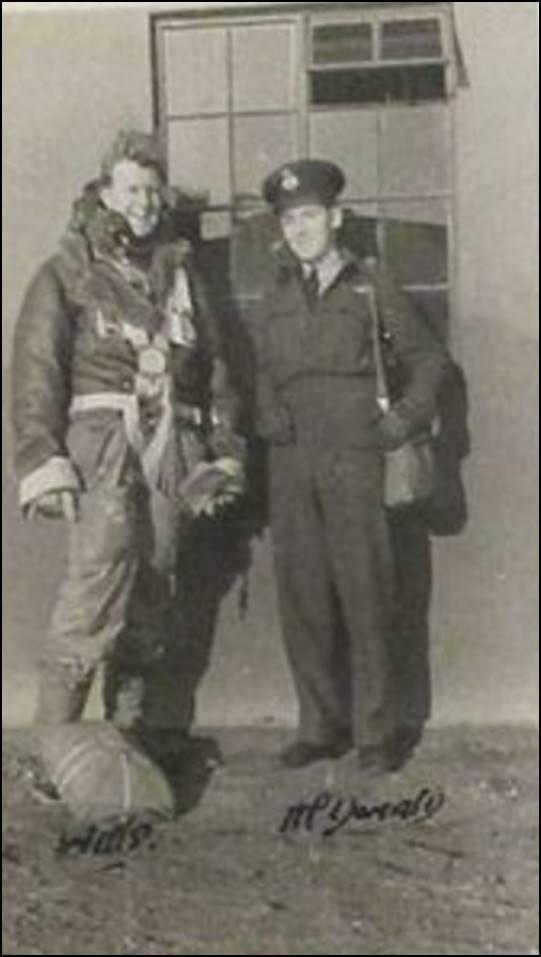 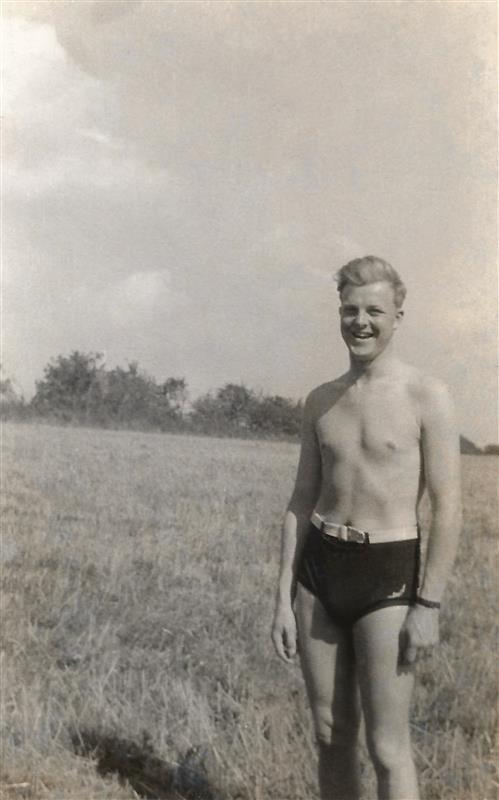 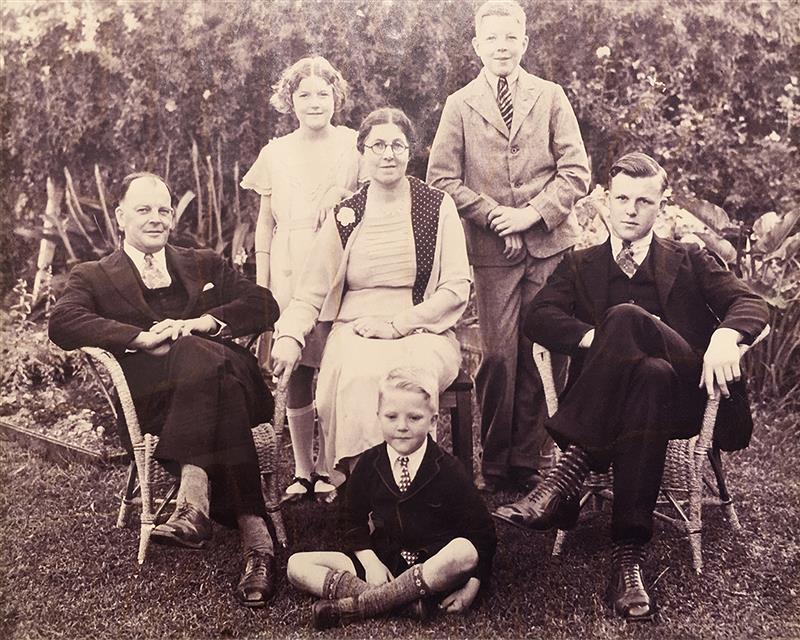 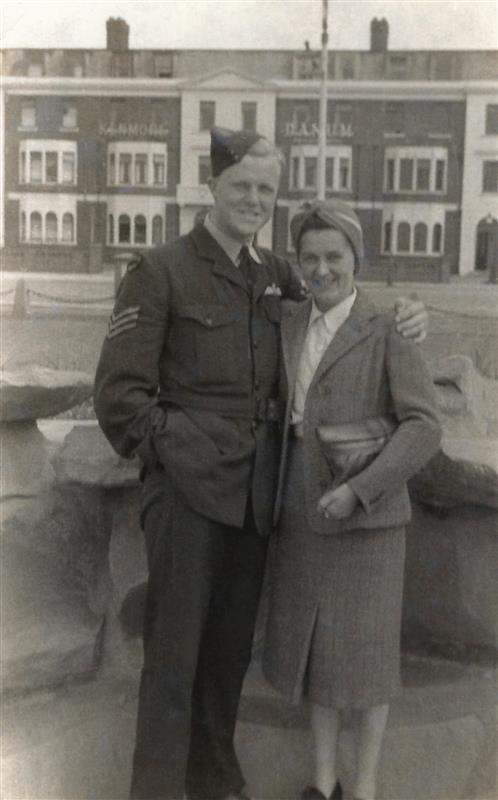 Arthur with friend in England 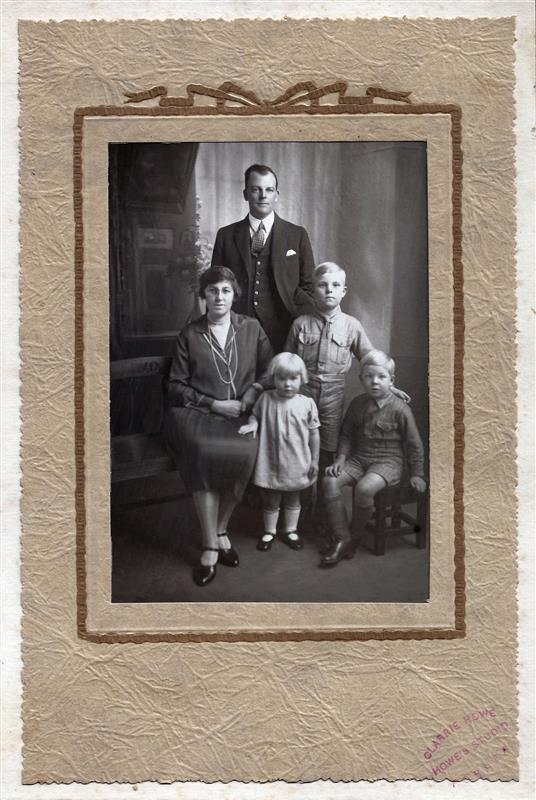 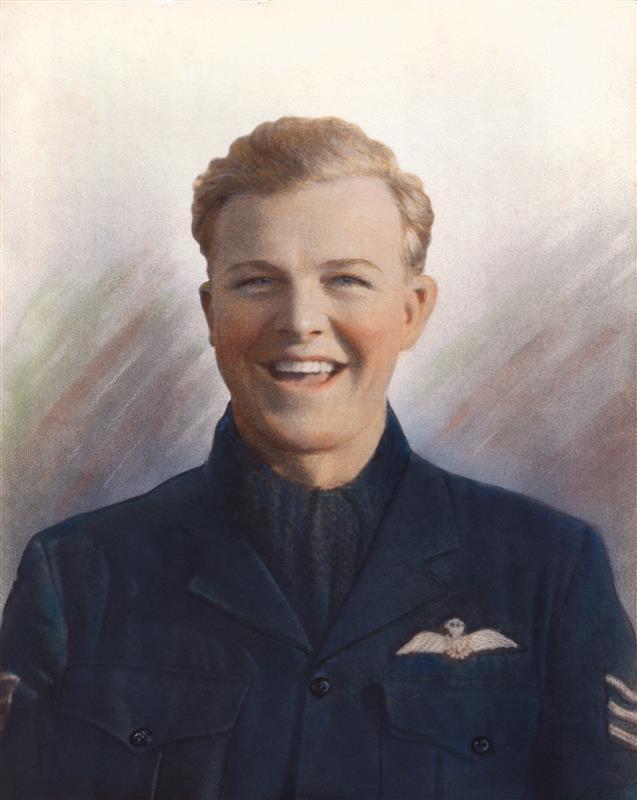 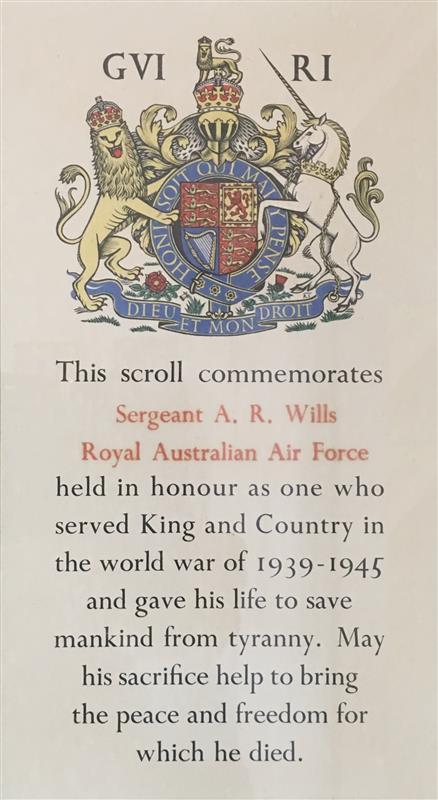