Dad was only thirteen when suddenly he was without a father. After his five older siblings had gone away for education or work, there was quite a period of time when he was left to run the farm. In 1941 when he was 23 years old Dad enlisted in the Royal Canadian Air Force. He explained that this was his ticket to leave the farm – to take his life in another direction. After initial training in the West, Dad shipped out to England to pilot the Wellington bomber and at 25 he was responsible for a crew of five. 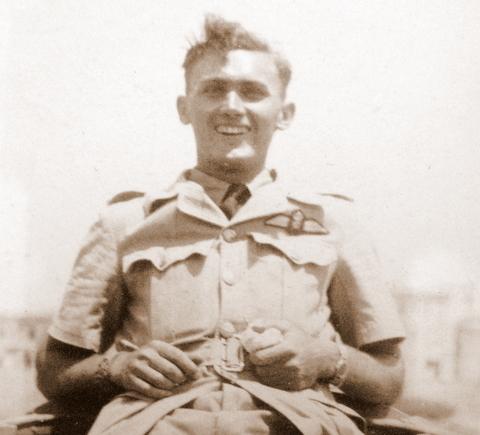 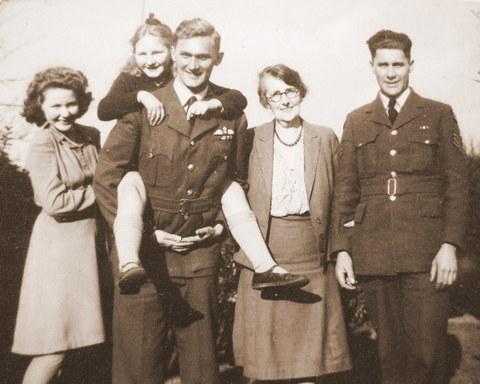 Dick with family in Devon, UK and cousin Beryl on his back.

On leave in England he was able to visit his parents' relatives in Devon, including a younger cousin, Beryl, who recalls:

I can't get over how very handsome Dick was in that photo from 1943!It brings back all the excitement this 14-year old cousin felt when he appeared out of the blue on her school train home! I was about to leave the station with friends when the stationmaster called to me and said, "There is someone here asking for you."I turned and this was my very special Canadian cousin whom I had seen in Sladen family wedding pictures, but never dreamt I would meet.Well, of course, I lost my heart! - didn't we all?!! – that soft Canadian accent, the similarity in looks and personality to my darling brother Roy, who was away also in the Air Force. Dreams didn't come better than this. I showed him off all around the village, very proudly; it was all Cloud 9. Of course I had to come down to earth a couple of years later when he went off back to Canada very quickly to be repatriated - and married someone else !!But how can I regret that – the lucky girl was his beloved Elener.

Flying Officer Sladen spent his service in 458 Squadron flying in North Africa, mostly out of desolate airbases in Egypt. However, on one rather boring mission over the Mediterranean he won a challenge for which crew could come closest to the surface – too close! After spending a chilly night in the water, Dad was rescued by a Red Cross ship and deposited safely in Italy – a country he might never have visited otherwise.

Dick (left) and crew in Egypt

At 27 Dad arrived back in BC needing hospital care and was very fortunate to meet Nurse Elener Dixon who became the love of his life and his devoted wife for the next 58 years. Although his new bride was from the big city of Toronto, they returned to Salmon Arm where Dad was hired as the first full-time secretary treasurer for the local school board – at the modest salary of $150 per month. 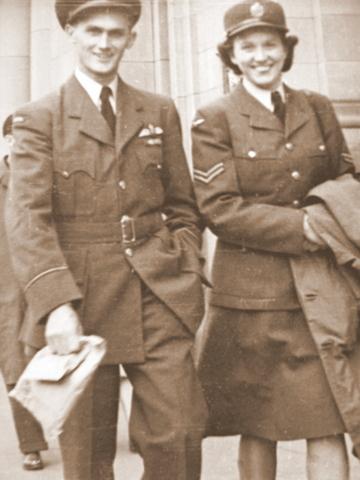 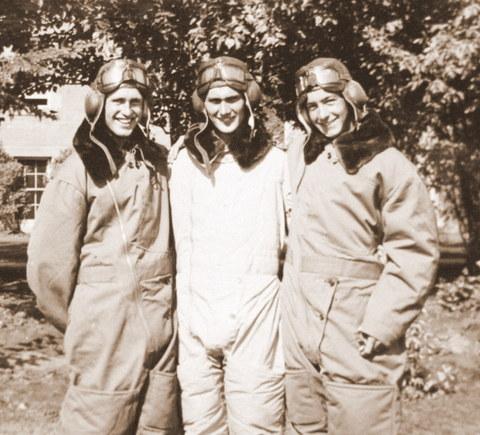 Dad had an extensive photo album of images from his RCAF years. He spent many hours quietly telling his two grandsons about his flying experiences. Our son Chris remembers how Grandad didn't really need to say much or anything: a smile and a squeeze on the shoulder would do the trick.

I like how Grandad reacted to most things in life – funny things, difficult things, absurd things – with lots of different chuckles:

He was showing me a photo from his early flight training where he was wearing a winter-weight flight suit. With the trademark chuckle he noted, "I think that was the only time I wore that darn suit!" That picture could have prompted so many other thoughts, but Grandad's humble nature fixed upon only the humour of that situation.

Dad explained to me that any aircraft that were sent out to Egypt had to carry as many supplies as possible. His flight from England stopped over at Gibraltar and he noted that the runway was short and his Wellington was overloaded. Apparently the routine was to lock up the wheel brakes at the very end of the runway carved into the rock, bring the engine speed up as far as possible and hope that when the runway ended at the water's edge the plane had enough air speed to stay aloft!

Many of his small black and white snapshots show Dad and his colleagues playing soccer or lounging around desert airfields. He told me that he put in a lot of time doing nothing – another perspective to the action-packed WW2 films I had seen. On one occasion he flew planes from one airfield to another where the RAF ground crew appeared quite surprised to see anything arrive. A few days later he was driven back across the desert to the same airfield to take the same plane to another location. He said to me, "Those poor fellows might still be there!"

Every time we went through his photo album he would mention with regret that there were several pictures missing from his time in Tunisia. Apparently he left the film at a shop for processing but was ordered to fly out before he could collect the prints.

I was told by a Legion colleague that Dad was well known locally among the veterans. The RCAF base at Trenton was a regular destination for Mom and Dad to see the planes – in the museum, on the tarmac and in the air. Every Remembrance Day Dad would wear proudly his Legion blazer, his medals and his RCAF cap. He read every 458 newsletter with great interest. We fly the sky-blue RCAF ensign for him at our family cottage.

Our family is very fortunate to have lived in a time of relative world peace. Although we enjoy a much more complete understanding of other parts and cultures of the world, I cannot imagine the impact that Dad must have experienced. Within 18 months he went from a small farm without electricity in central British Columbia to piloting a bomber in Egypt. Enlisting was a ticket out of Salmon Arm as well as his opportunity to serve Canada. In his own quiet way Dad never forgot his RCAF experience and the importance of this turning point in his life. 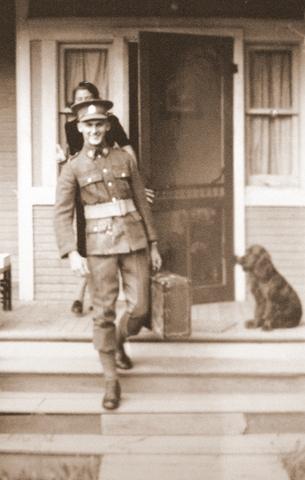 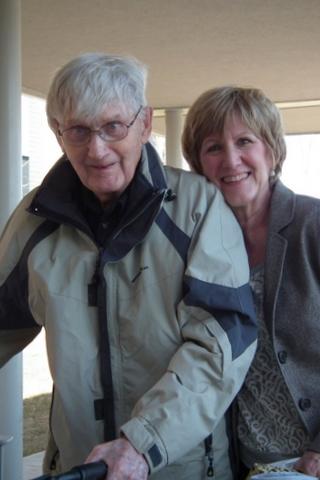 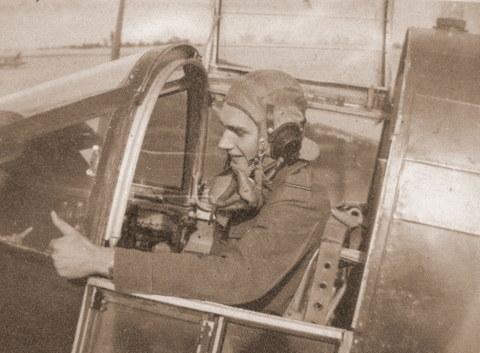 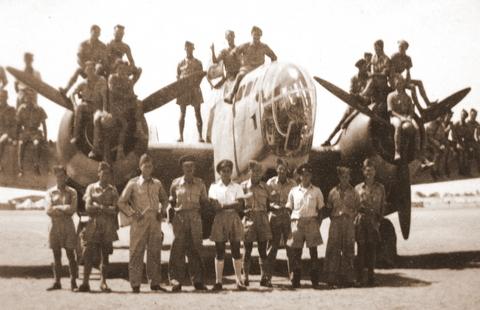 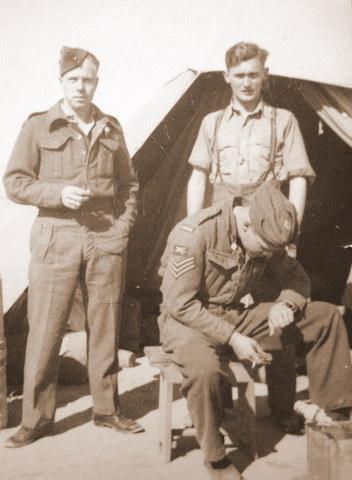 Dick (no tunic) with mates tenting in Egypt.