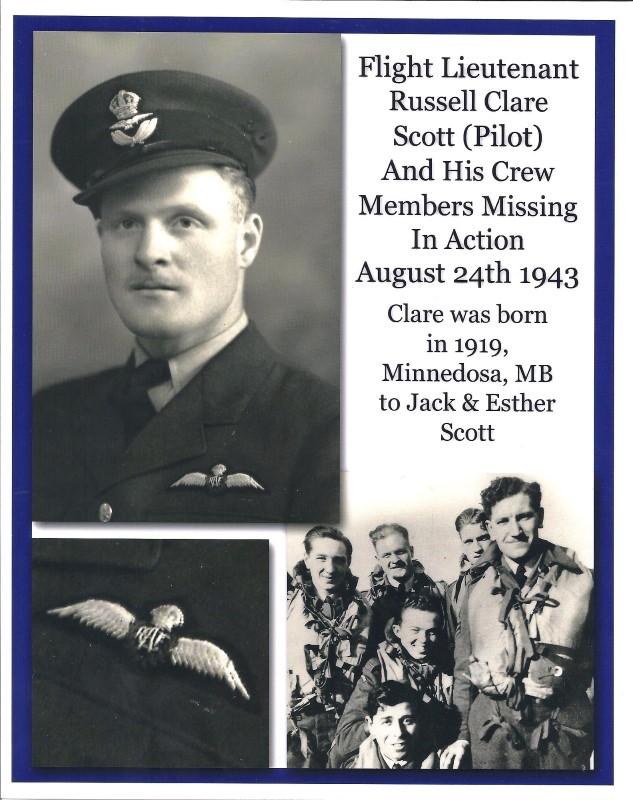 The 458 Sqn ORB records "On the night of 23/24th August 1943 four Wellingtons of this Squadron were despatched between 1956 hours and 2158 hours to carry out an offensive shipping search on four allocated areas. PO Scott and crew were allocated the Civitaveschia- Elbe- Leghorn area , but the aircraft failed to return to base.

No trace of the missing crew were found and their names are commemorated on the Malta Memorial, which is situated in the area of Floriana and stands outside the main entrance to Valletta, Malta.