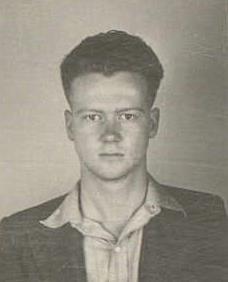 "On 29 January 1943, Bob Robinson enlisted as an air crew member with the Royal Australian Air Force at 18 years of age; Service Number 434806.  Robbie enlisted at the RAAF No 3 Recruiting Centre (located at 35-37 Creek Street in the Brisbane CBD) where he was designated as an Aircraftsman.

Robbie was posted to the RAAF’s No 1 Initial Training School that was located on Victoria’s Western Port about 65 kilometres south east of central Melbourne; it was about 4 kilometres west of the Royal Australian Navy training establishment HMAS Cerberus.

The RAAF’s 1 ITS was established in early 1940 under the Empire Air Training Scheme that aimed to train both pilots and air crew from the former British dominions to support England during World War II.  The former RAAF School site address is now 124 Lord Somers Road Somers."

Read more about WO Robinson's life as researched and written by Laurie McLean. Laurie writes;

"Over the past decade or so I have contributed to the XNatmap website (http://www.xnatmap.org/index.htm) that seeks to preserve the history of the former Division of National Mapping that led the Commonwealth Government’s post World War II topographic mapping initiative.

Recently I completed the attached profile on Robert Arnold Robinson (1924-1994) who worked as a cartographer with National Mapping between 1948 and 1985.  Robbie also served in the RAAF between 1943 and 1946 including 6 months with 458 Squadron in the first half of 1945.  I expect this article to be posted on the XNatmap website in early October 2019." Laurie McLean.

Laurie's completed article is indeed available to read in its entirety on the following link. On behalf of all 458 Squadron Association members we thank him for availing us of his well researched and written biography of one of our own, Warrant Officer Robert Arnold Robinson. 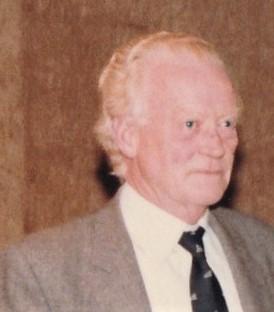