Gordon Stanley Orchard was born on January 23, 1919, at the Thomastown Railway Station, Victoria Australia. His Grandfather was the Station Master and Grandmother the local Midwife which explained the unusual place of his birth.  He was the oldest of 4 boys born to Stanley and Annie Orchard. During the mid 1920's, Stanley moved his young family to the Victorian country town of Rushworth where the 4 boys enjoyed a great country life. Stanley and Annie both worked in local retailers so employed a nanny to look after the boys. Fishing was one of the favorite pastimes of the Orchard boys. Exploring old gold mines was always an adventure, much to the distress of their parents. Joining the local Scout troop helped to vent much of their adventurous enthusiasm. 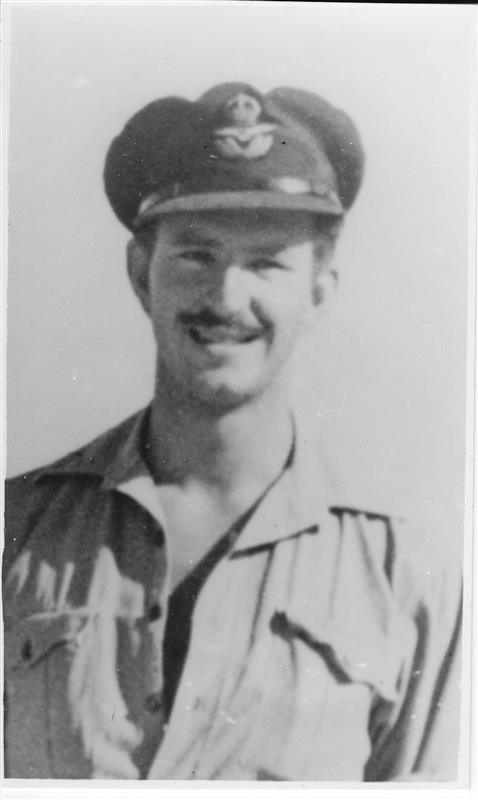 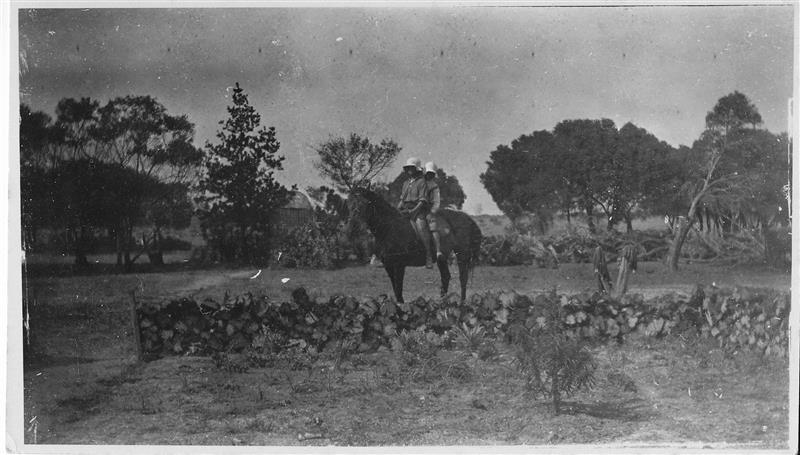 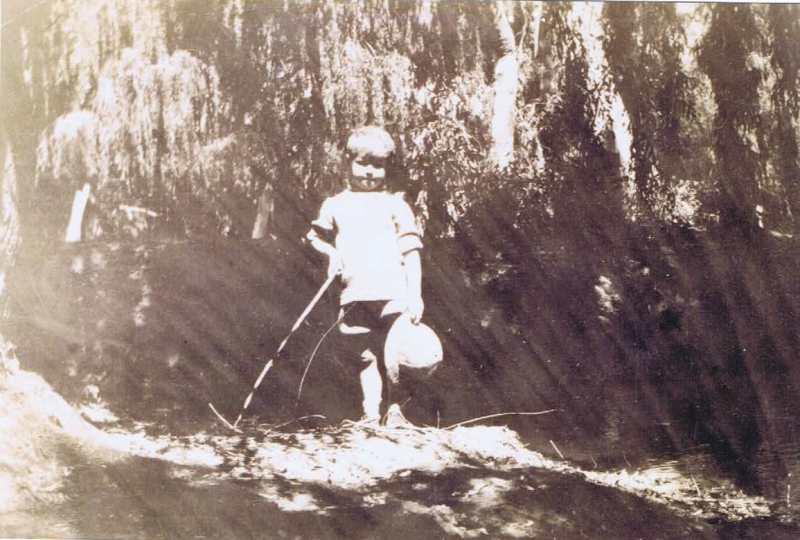 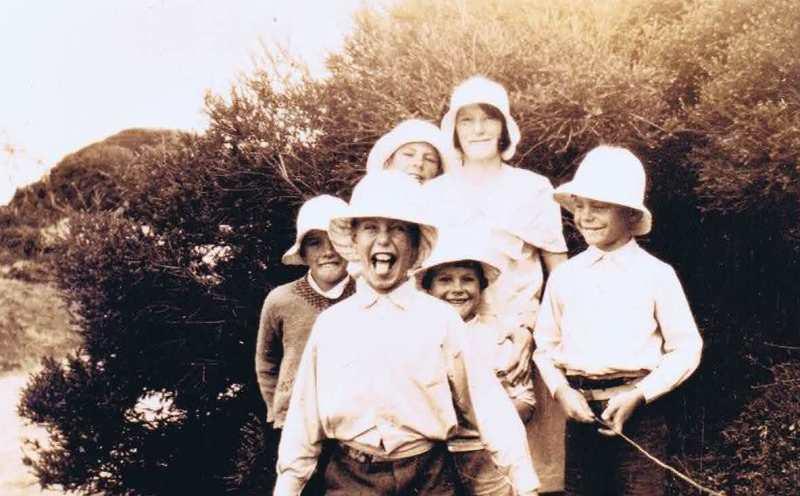 L-R Brother Norman (KIA 11/3/1945) Back-Gordon and the Nanny. Front. Brothers Alan (with the cheeky tongue)child u/k & Ted. All 4 Orchard boys served as air-crew in the RAAF during the war. 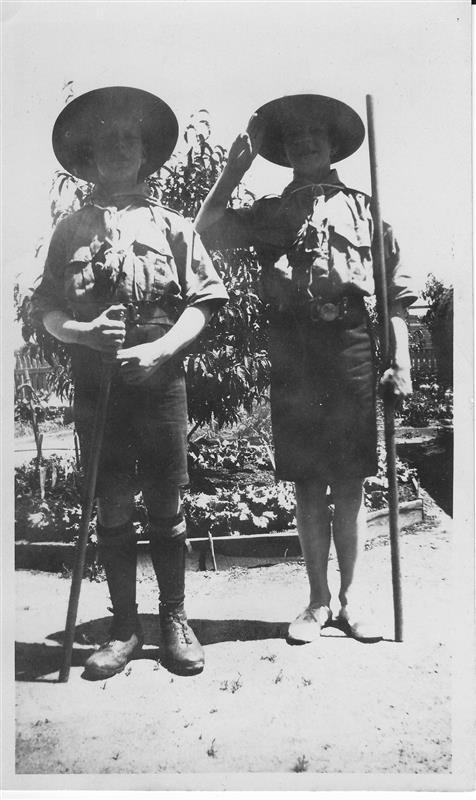 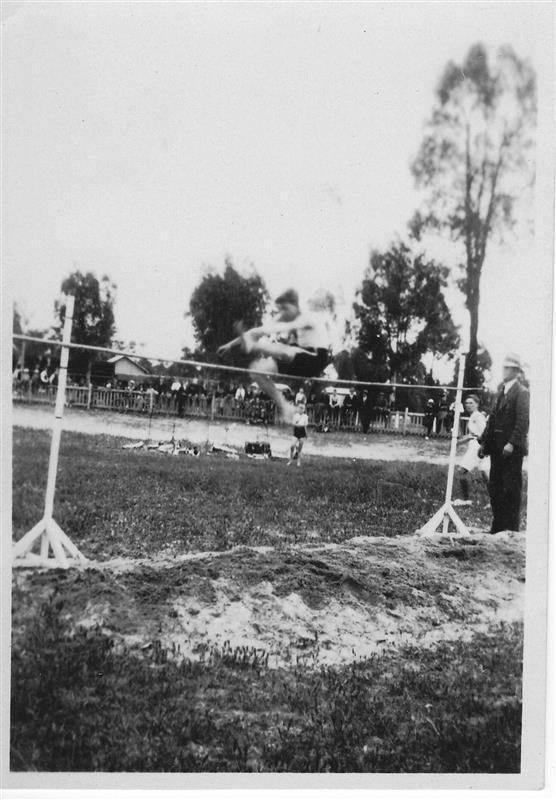 Gordon was a keen high jumper 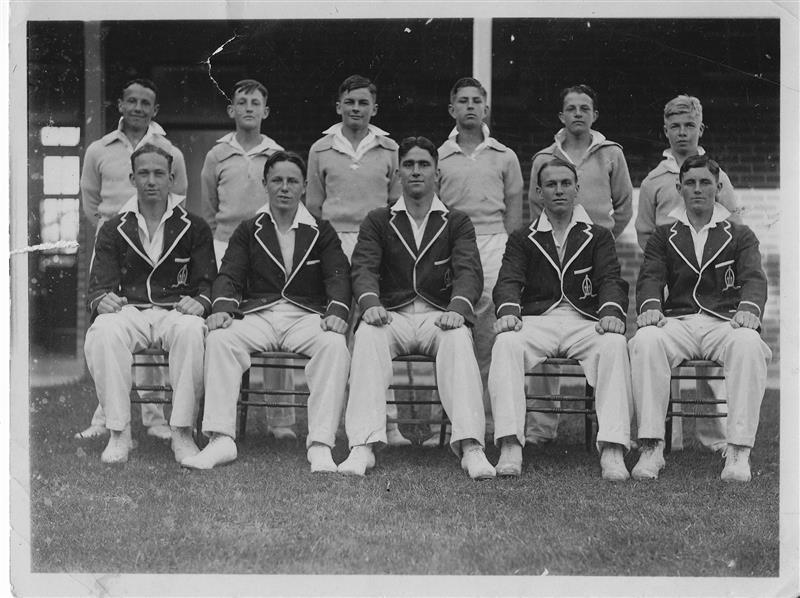 In the early 1930's Stanley moved his family to Geelong about 70 km west of Melbourne. They settled into a house overlooking Eastern Beach. Stanley joined the Geelong Council and was an esteemed Councillor for over 30 years. He bought a Printing and Stationery Business. Annie was a golfer scoring a hole in one on one round which she boasted for the rest of her life. Gordon's keen mathematical skills won him a scholarship to Geelong Grammar School. He was also an enthusiastic athlete and cricketer. All 4 Orchard boys attended Geelong Grammar School and all were eventually employed by their father in his printing business. Gordon became the Company Secretary.

When the Second World War erupted Gordon and brother Alan had already been active in the Geelong Grammar Cadets and soon joined the local 2nd Anti-Aircraft Regiment. As the war progressed through 1939 and into 1940, news from Europe became grimmer. Gordon felt it was his duty to play a more active role so on 12th October 1940, enlisted in the RAAF. In fact all 4 Orchard boys would eventually enlist in the RAAF. 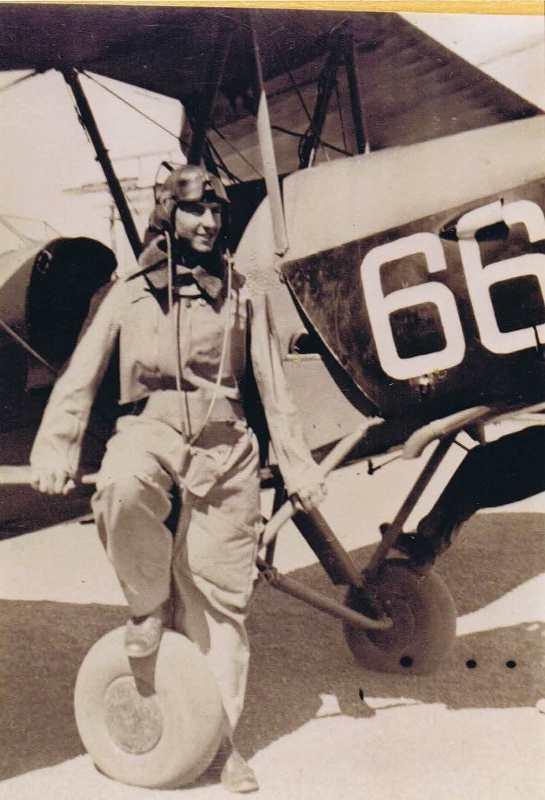 Gordon was posted to Bradfield Park, Sydney, for ITS and then basic training Course No.5 EFTS Narromine. He then embarked for Canada on 22/2/1941, Disembarked Vancouver 16/3/41 and crossed the mighty Canadian Rockies via train which took him to 1 SFTS Camp Borden, Ontario. After graduating and being awarded his wings, Gordon then embarked for UK on 16/7/41. He then joined the many trainees in the RAF Pool until posting to 52 OTU Aston Down 23/8/41 and then 11 OTU Bassingbourn on 14/10/41. Practice bombing was common during training and one such city, Peterborough, had its fair share. Just south of Peterborough is a small village of Yaxley which had been volunteered to accept evacuee children from London. Unbeknown to Gordon whilst practicing over Peterborough, Yaxley and surrounds there was a young evacuee by the name of Eric Downs enjoying his stay on a farm near Yaxley. Eric would soon join the RAF as an engine fitter and serve with 20 Squadron RAF as part of the Allied Occupational Forces. He was based at an ex-Luftwaffe airfield renamed RAF Jever, 12km east of Wilhelmshaven, Northern Germany. Eric was later to father a daughter, Janet,  who would eventually marry Gordon's oldest son, Roland. 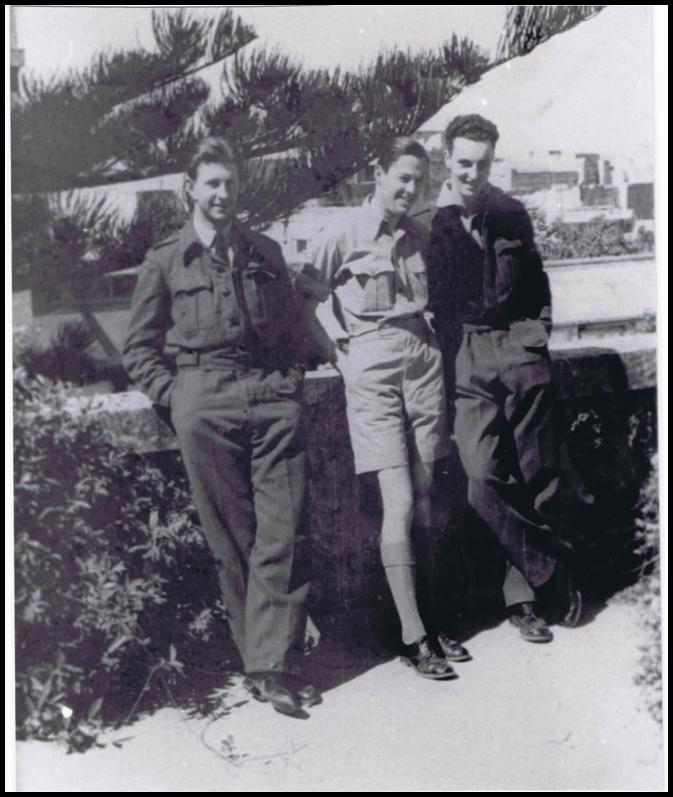 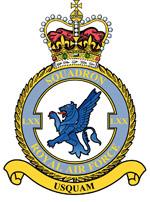 19th June, 1942, saw Gordon's first flight with 70 Squadron RAF and after a few orientational and operational flights as a 2nd pilot, Gordon was given command of his own crew on the 1st July, 1942. Coincidently this was the same date Rommel took El Alamein.  He and his crew then went on to fly operations which included bombing Benghazi, Tobruk and numerous Landing

It was while bombing Tobruk he told the story of he and his crew looking down at the blazing city on the starboard side of the Wimpy when he glanced up to see the port wing of another aircraft flying directly above him, a little too close for comfort. What's more the wing had a big black cross on it! As this German aircraft seemed to 'glide' past, Gordon caught sight of the enemy pilot glancing over his left shoulder. So close were the two opposing aircraft, the expression of sheer terror was clearly seen on the German's face. Gordon was on the intercom giving the front turret gunner some 'advice' as to what to do with his two .303 Browning machine guns, however before the bewildered WAG had a chance to bare his guns, the night fighter had peeled off not to be seen again that evening, thank goodness. 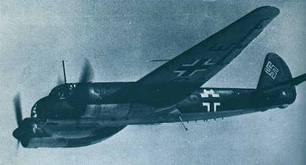 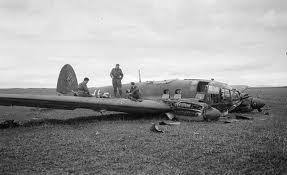 Still with 70 Squadron and while at LG (Landing Ground) 60 (click on this link and zoom out to get your bearings - LG 60 is approximately 100 miles west of El Alamein) the Squadron was bombed by Heinkel 111s, one being shot down by ground Anti Aircraft fire. After the all clear was given, Gordon stepped out of the tent he was using as a shelter straight into a very deep crater. Gordon had mentioned that he had thought one of the bomb blasts had seemed 'quite close' as he was hiding under his bunk. He also thanked heavens that the Germans had dropped the type of bombs that blasted deep craters rather than the ones the Squadron used which detonated cutting through and destroying the surface for yards around.

After climbing out of the bomb crater many of the men, including Gordon, ran to the downed enemy plane. Before the ordinance chaps had cleared the plane of live ammo (bombs had been jettisoned) the men were crawling over it pressing buttons, pushing levers and generally exploring. Gordon was standing forward of the plane peering thru the large perspexed nose section when there was a sudden and very loud thudding noise as the fixed forward firing 20mm cannon rattled away, narrowly missing Gordon by mere inches. After a stunned silence by all, in and around the plane, Gordon regained his composure and duly informed the airman who had pushed the trigger of his displeasure (in no uncertain terms). He then proceeded to cut a piece of canvas from the aileron signed and dated it to keep as a souvenir.

Gordon continued with 70 Squadron through the months of July, August and September 1942 bombing enemy concentrations along the North African coastline west of El Alamein also including op's at Heraklion, Crete. His last operational sortie with 70 Squadron was on the 25th September, 1942 which was laying 2 magnetic mines in Tobruk Harbour.  He completed his tour with 70 Squadron with 38 operational missions under his belt.

For the next few months Gordon spent time ferrying aircraft while attached to 216 Group RAF MEF. These flights involved aircraft such as Hudsons, Bostons, Loadstar, Empire Flying boat but the majority were Wellingtons. There were over 70 flights in all, which covered most of the Allied occupied areas and on a couple of occasions went as far as Karachi, then in India, now in Pakistan. 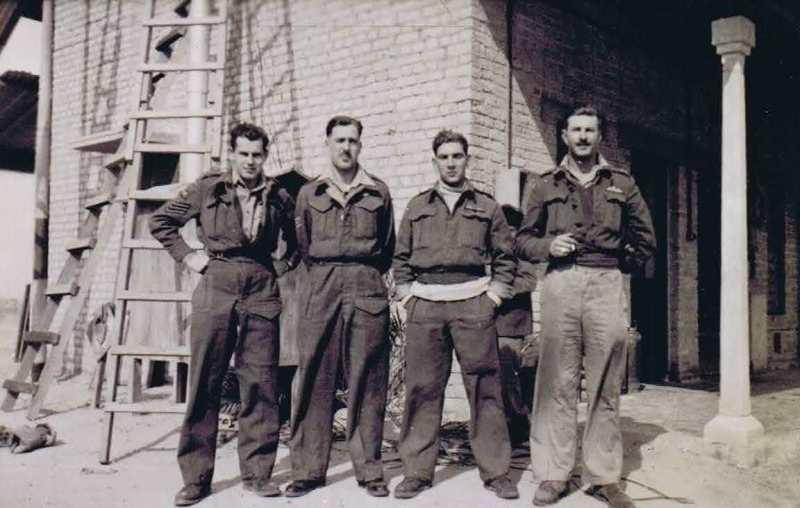 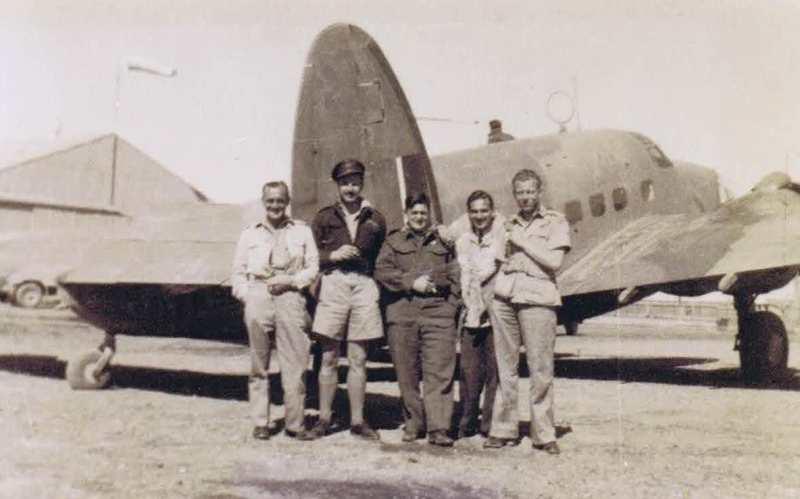 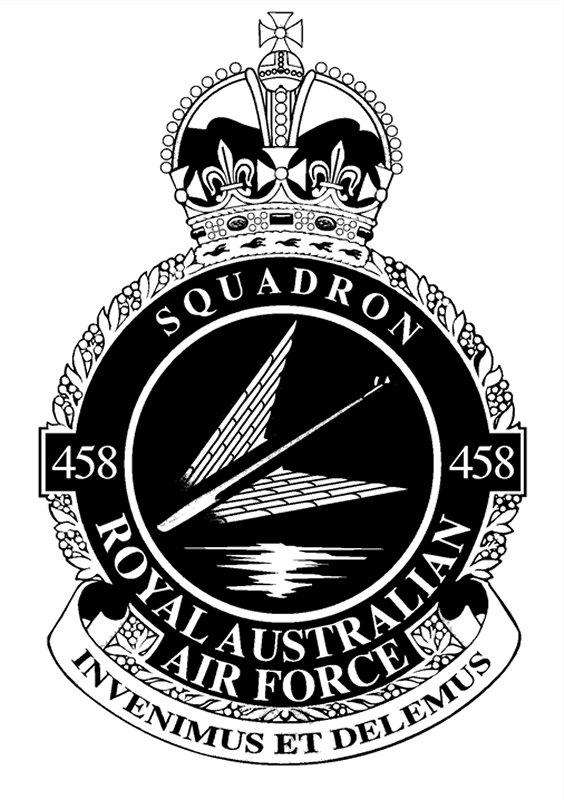 Written by Roland Orchard. Story and Photographs not to be replicated or reproduced in any manner.