He died 14th of August 1977 at Bundoora Repatriation Hospital, Victoria.

During the after war years my recollections of my father are as follows:

He was a follower of Oakleigh Football club and we used to walk to the Foresters arm at the breaks for a refreshing ale or 2, while I was too young, I used to get a raspberry lemonaide and chips and sit and listen.

He did not talk very much about the war, so I did not learn much about his trials and tribulations or the people he served with.

He worked for the "War Service Homes" at the top end of Spring St, Melbourne for a long time and I remember him getting calls at home from ex service people and trying to aid them with their applications.

He used to be involved with elections in various polling booths and travel around victoria in an official capacity.

My aunt had a some deaf children and he used to help her family when they had raffle days and BBQ's to raise money to support this cause, he would call on friends to help out and we would travel around in our Standard Vanguard to collect donated goods to be sold to help.

He spent various times at Heidelberg Repatriation Hospital off and on, and one time was "captured trying to escape" probably sick of being confined like we all get in hospital. 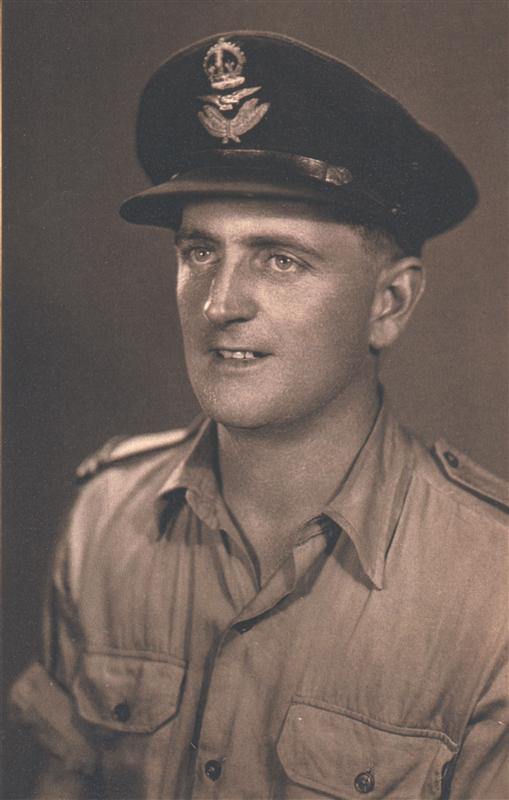 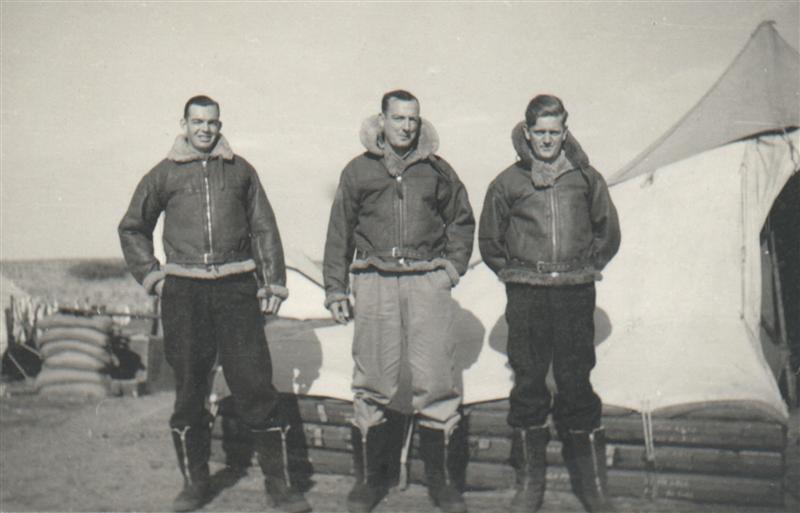 He was handy with his hands and used to make cabinets and wardrobes while there, I still have one of his creations and some of his old tools as memories of him.

He had to go to Peter McCallum hospital to get tratment for a jaw and throat complaint (cancer)and at one stage had to do an extended stay as he swallowed one of the radio-active treatment needles and they had to wait for him to pass it so that they could check that there were no complications.

We used to laugh about it later, but we both would hide when Mum yelled out "Peter" and when no-one answered would then add "Peter Henry or Peter Francis so we knew who was in trouble, the other would sigh in relief.

John Isaac Jenkins, John Sheelock and Peter Henry Hedgcock met each other at Cressy, in Victoria, 68 Kilometres west of Geelong.

While stationed at Ballarat, doing a course at 1 Wireless and Gunnery School, Peter Henry Hedgcock was sentenced to Confinement to Barracks, 7 days punishment, and forfeits 2 days pay on the 19/5/1942, under act/regulation A.F.A 15(1).

It seems that on Sunday's the Roman Catholic churchgoer's, had a social get together after service and food and a dancing was part of the event.

So they all said they were RC and trotted off for the day, but alas, they were discovered and punished for it, and the rest is from the record.

When they left Australia, 15/1/1943, they went to San Francisco, in America, and then via the Sante Fe, Topeka rail line to Manhattan, New York.

They were billeted at a Manhattan Club.

John Sheelock was an accomplished party pianist, and he was invited to a lot of gatherings to be part of the entertainment.

One day they met with some Americans, who heard him playing the piano and invited him to a "do" at the Waldorf Astoria, and all 3 went and had a great time.

The "3 Musketeers" as they were known, were then transferred to Brockton, Massachusetts, USA.

They were billeted at the local YMCA.

Part of the time they were there it was snowing, and made getting back to barracks after a bit of partying very difficult.

From Boston, they boarded the" QUEEN MARY "and sailed for Scotland, the ship berthed at Stranraer in Scotland, UK.

At Scarborough, they met up with some American service personnel, and began to swap parts of their Australian uniform for American cigarettes; their coats and heavier attire were well sought after.

So, nearly naked and clutching armloads of cigarettes they left the camp, only to be approached by the American MP's and asked to explain where and how they came to get so many cigarettes.

They were then transferred to Limavady in Northern Ireland, where they were billeted out at local farms and properties and farms, they used bicycles for transport to and fro, and flew air cover for the convoys in the Atlantic Ocean.

They went next to Talbenny, South Wales, U.K.

They were then transferred to the Middle East, and operated out of Bone in Algeria (now Annaba), Sardinia, and Malta & Naples.

They were on bombing raids to France from Naples.

John Jenkins damaged an ear drum and returned to Sardinia.

John Sheelock and Peter Hedgcock were posted as Air Controllers at La Vallon in the south of France after their tours were completed.

The air crew for "G" for George, Wellington bomber, was:-

The 3 of them were invited onto a submarine at Malta, and while there, an air raid was announced, so they stayed on the sub when it dived into the middle of the harbour, to avoid the bombs, they all got very claustrophobic and were very glad when it was all over and the sub surfaced.

They invited the submarine crew for a scenic flight and showed them how they flew at "0" feet for their torpedo bombing, most of the sub crew were sick and very glad when the plane landed and their feet were back on Terra Firma.

This sickness was not only with navy crew, once when they took a group of bomber pilots aloft, used to flying at high altitudes, and flew at "0" feet, they too were sick, and glad to get off the plane.

Once, when pilot AVM Dowling was at headquarters, they borrowed his staff car, a station wagon, and went for a drive to a local village, they came across a local winery, and were pleased to find that they could buy some of the wine, and got a cask, then they tried to figure out how to get the wine out of the cask and be able to drink it.

There was a 5lb can of potatoes in the back of the wagon, so they opened the tin and broke in the top of the wooden wine cask, and that way they could get the wine from the cask to the tin, but it was still too bulky and awkward, so what now.??

At that time, cigarette's came in tins, so they took the cigarettes out and tried drinking from the tin, only problem was that the tins had a sharp edge, so with the bumpy local roads, and the sharp edges, they all had to go to the hospital when they got back, with blood streaming from cut mouths.

They also had to try to clean all the spilt wine out of the back of the wagon, and AVM John Dowling was very suspicious for a long time and tried to find out if anyone had been using his car.

Another instance of the 3 musketeers happened when they were on leave in Italy.

They had been out on the town, and were a bit the worse for wear, so J I J leant the other 2 up against a building while he tidied up his presentation, and marched into the transport officers headquarters, and asked if there was any spare vehicles available, he had to explain that they had missed their own transport and needed another car.

After much discussion, there was a car available to them with a driver, and the allocation officer said he would come down stairs and talk to the other 2, so J I J quickly ran down stairs and told them and tried to get them straight and proper for the inspection, of course he noticed that they were all 3 sheets to the wind and then the driver arrived and off they went to the base.

The driver drove around the back of the base and let them out near their bunks and they all fell into them, the next morning they were worried that the transport officer had sent a report to the HQ, so they went to the HQ and asked one of the clerks there, and he had, but they were given the report and told to file it their own way.

So they escaped again.

I would love for any members of the families of this flight crew or others to contact the squadron and pass on any episodes or events about the crews and also supply and pictures to to be posted and printed for all to enjoy. 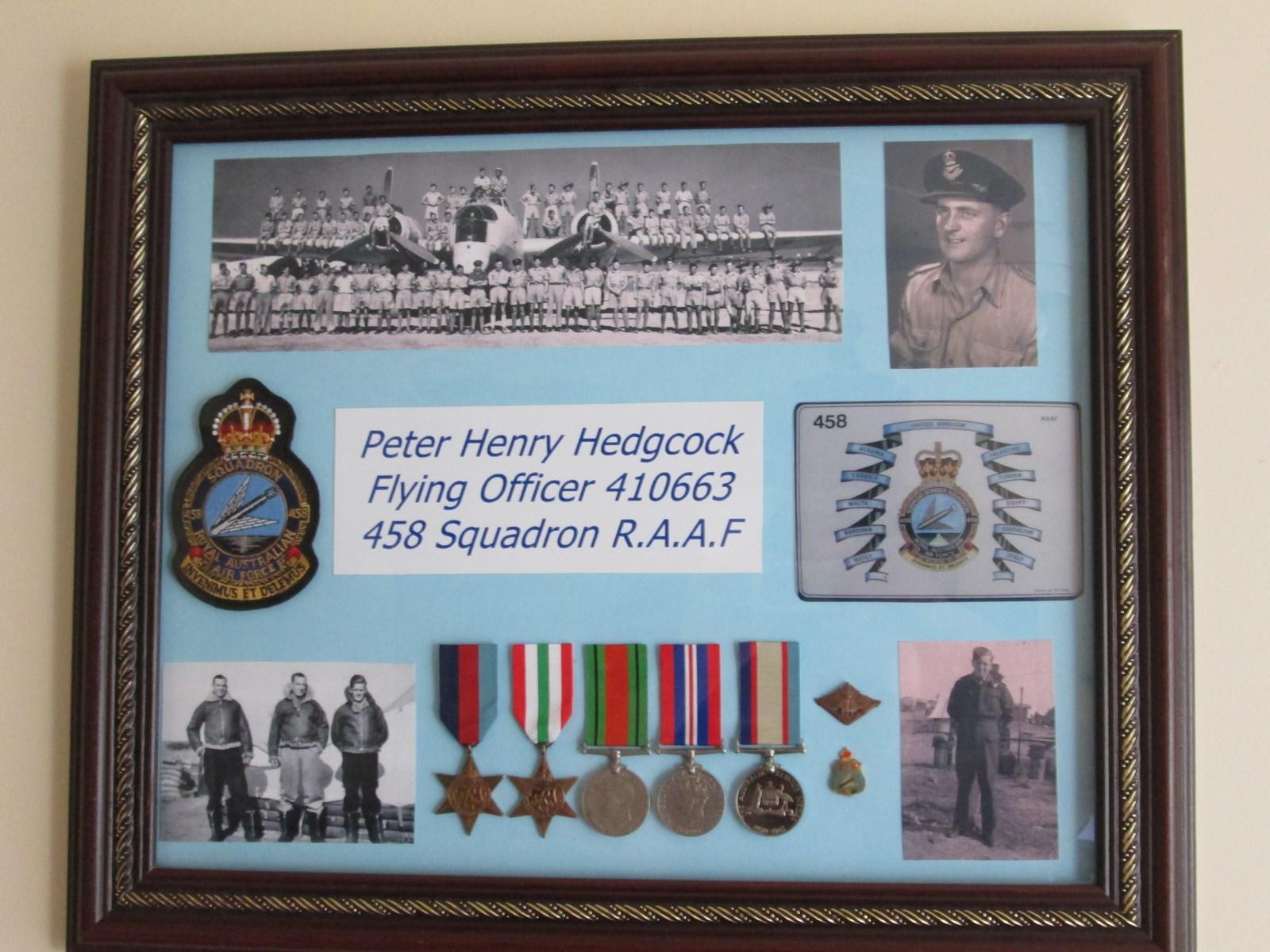 In memory of my father and all at 458