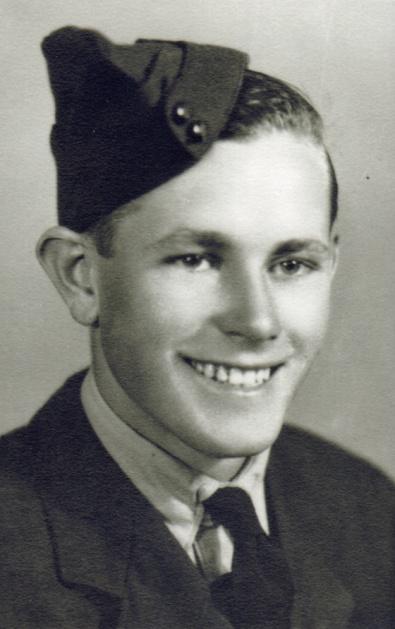 Born in Fremantle on April 27 1922, Bill was the eldest of five children of Roy and Ruby (nee Gurney) and spent his early years in Meekatharra until the family moved to Victoria Park in 1936.

Bill had a number of jobs before putting his age up, and in June 1939 joined the Militia and tried to en-list in the 11th Battalion and the 2nd/4th Machine Gun Battalion, but both his mother and father refused to sign his enlistment papers.

He was able to convince his parents that he should join the Air Force, and after courses at Pearce, was posted to Geraldton and volunteered to join the RAF under the Infiltration Scheme and was part of the WA contingent posted to 458 Squadron which sailed from Sydney via Christchurch, Panama Canal to disembark at Gourock in Scotland on 25 October 1941.

Following service with 458 Squadron in the UK, Egypt, Tunisia, Algeria, Sardinia and Italy, Bill was posted to 454 Squadron and was discharged from the RAAF on the 24 January 1946.  On his return to Perth Bill renewed his acquaintance with school friend Joan Toy and the pair married on the 3 February 1947 and established a family with children Jennifer, Gary and Vicki.

Following his discharge Bill was employed for some years as a sheet metal worker and then worked in the Post Office, from where he retired 33 years later in 1983.

Bill was most active in 458 WA Flight from 1954 including decades as President from 1967, and as an appreciation and recognition of service to the Post-War Squadron Organisation, was awarded Life Membership in 1991.  He was also awarded a Certificate of Merit by the Air Force Association.

Bill’s uncle Arthur, “Stan” Gurney VC, was a successful State and National cyclist and gave Bill his first racing cycle with a promise to make a bike rider out of him, but that was not to be as both joined the services in 1939, and Stan was killed in action at Tel el Elisa in 1942.

Bill remained a keen cyclist on his retirement and was a long term member of the over 55’s, over 60’s and over 70’s cycle clubs, and he and friends would regularly embark on long bicycle rides, for example Byford to Bunbury for lunch and return.

He also completed many 100 and 200 kilometre tests organised by the International Audax Club Parisien, including at the age of 68, the non-stop time trial 300 kilometre ride in 16 hours 12 minutes, in wet, windy and hilly conditions.

Neighbours and passersby of the family home in Rivervale benefited from the surplus on the verge of Bill’s interest and skill in his substantial vegie garden and fruit trees.

He was also a keen long term lawn bowler and foundation member of the Carlisle Lathlain Bowling Club in the sixties, and the RAAF Merriwa Club.

Bill passed away suddenly on 29 December 2006 and is survived by his wife Joan, children, Jennifer, Gary and Vicki, 5 grandchildren and 6 great grandchildren

The Clues family as a whole gave much to the post war activities of 458 Squadron over many years and Jennifer continues Bill’stradition of providing and laying the 458 wreath at the Anzac Dawn Service in Kings Park each year.

Thanks to the Clues Family for providing this biography. Read more about Bill on the 454-459 Squadron Website. 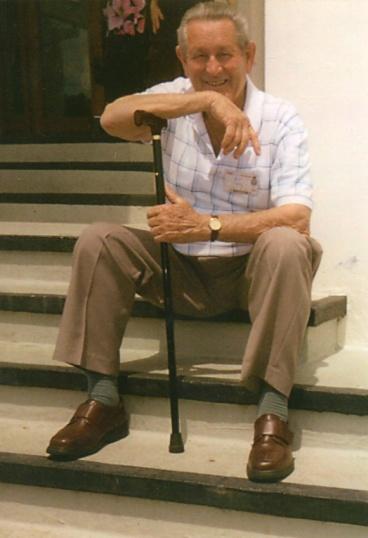