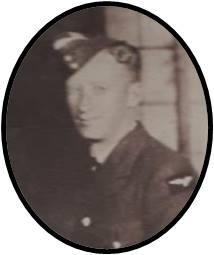 It is hard to believe that 76 years after my brother Daniel’s death, and at age 92, I am writing to you from far-away Canada!  I would not be writing if it had not been for Michael Lamont, a nephew by marriage of my younger sister, Eileen Garvey.  Our family information in the story of Dan’s service was limited by wartime restrictions.  Fascinated, and loving history, Michael spent hours researching and documenting dates and details of Daniel’s time in the Royal Canadian Air Force especially after Daniel left Canada for overseas. We now know that Daniel served for a few months with the R.A.F. in England and was then sent to join your Royal Australian Air Force group stationed in Malta. All this is captured in a large binder provided by Michael.

We also know that after active service in Malta, Daniel was sent home to Canada to train as a commissioned officer.  Perhaps in his eagerness to get here and be with his new bride, he boarded a Wellington bomber headed in this direction.  The engine caught fire on approach to landing ground (LG 106); the plane subsequently crashed.  It was June 28, 1943; he was 29 years of age.

Daniel, a 6-foot redhead with an unforgettable smile was special – born January 1st, 1914 on my mother’s birthday; New Year’s Day was a significant family celebration!

Daniel was born on my grandfather’s family farm. Before I was born, my father and two of his brothers became pioneers on Prairie farmland in a little town called Biggar, Saskatchewan in the Canadian West.  I have seen photos of the large machinery needed to harvest the crops.  Daniel, however, told me stories of 3 years of devastating drought – brown, dry grass – sand storms that stung your eyes – grasshoppers that littered the earth.  Unable to feed their growing family, my parents left their wedding gifts and home in the west, and returned east to the Ottawa area. Initially my father got work as a labourer on the Rideau Canal and later became a policeman.

Daniel was 13 when I was born in Ottawa.  That day my father was transferred to Amos, in northern Quebec, to head up the R.C.M.Police detachment.  This was a predominately French speaking area.  Concerned about disrupting Daniel’s high school education, he boarded with my grandparents for 2 years and then went as a boarder to Ottawa University High School.  That probably explains why the letter writing is so significant.

Five years later my father was transferred back to Ottawa.  The older half of the family consisted of 4 boys and 1 girl; I was the eldest of the younger half -- 4 girls and 1 boy.  I remember the boys yodelling; clacking dried rib bones to make music.  I heard about my two oldest brothers having a dark room in Amos where they worked with chemicals to turn negatives into photos.  All the boys were active in school and team sports according to the seasons.

After high school years there was no work available for young people in Ottawa.  Daniel left home to work in the distant gold mines in Northern Ontario and Quebec and later travelled to the mines in the Maritimes in eastern Canada.  While he was away newsy letters arrived regularly, carefully composed and handwritten – a family highlight!

Highlights, too, were visits home from gold mining in the far north or underground in the maritime mines to the east.  Daniel himself was treated as a V.I.P. – we were complete as a family – and as a younger one we were treated with ice cream from the dairy in his brand new green car.

His last job was as a junior foreman at the Ottawa Car and Aircraft.  He shared his excitement with me about making accurate miniscule measurements. He loved to learn.  His last major decision was to quietly get married to his girlfriend, Sally Smith.

In one of Daniel’s wartime letters, after experiencing enemy fire, I recall him saying, “It is so good to know that you were not a coward.”

One of the things which came into focus for me was that Daniel, in the line of duty, was lost for 5 days in the African desert.  I wonder:  Did this remind him of his childhood experience of sand storms in the Canadian Prairies?

Sometime after Daniel’s death, we had an unexpected visit from the injured gunman -- the only survivor of Dan’s crew.  He wanted to tell us himself that while the pilot joined him to attend to his injuries from enemy fire, my brother as co-pilot had successfully piloted the plane and landed it safely at their Malta base – a dangerous narrow air strip. After this operation, their plane now unserviceable, the remaining members of the crew were separated and each one died.  The frail, nervous hero made it his mission to visit the parents of each member of his crew.  He told us details of stories we had no other way of knowing. It was consoling to experience for ourselves the close fraternal bond within this crew.

Three years after Dan died when the plane in which he was a passenger crashed in North Africa and he was buried in the Allied cemetery in El Alamein, I became a Grey Sister in Pembroke, Ontario.

In this reflection on Daniel’s life … what did I learn?

LIFE MATTERS:  you struggle with the decision to offer it for a CAUSE you believe in! 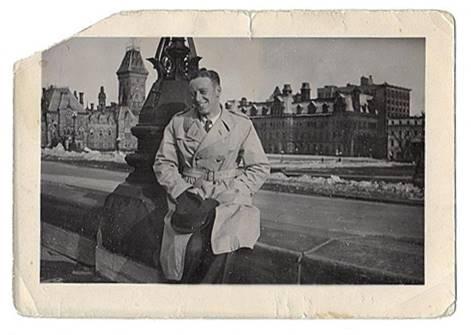 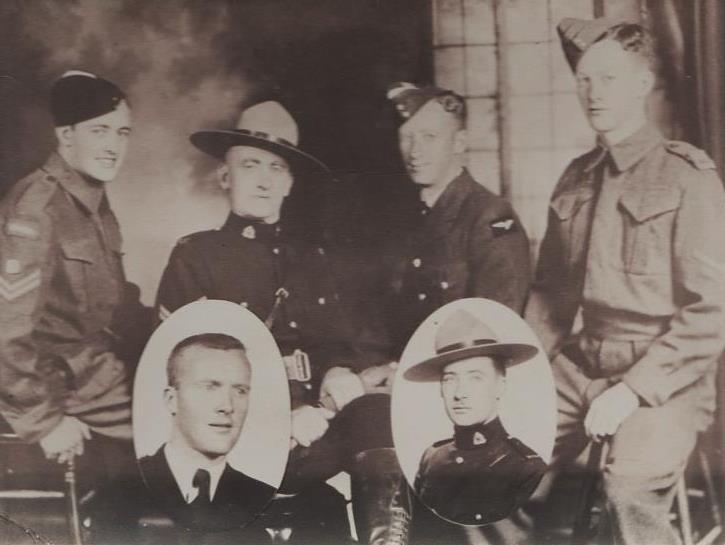 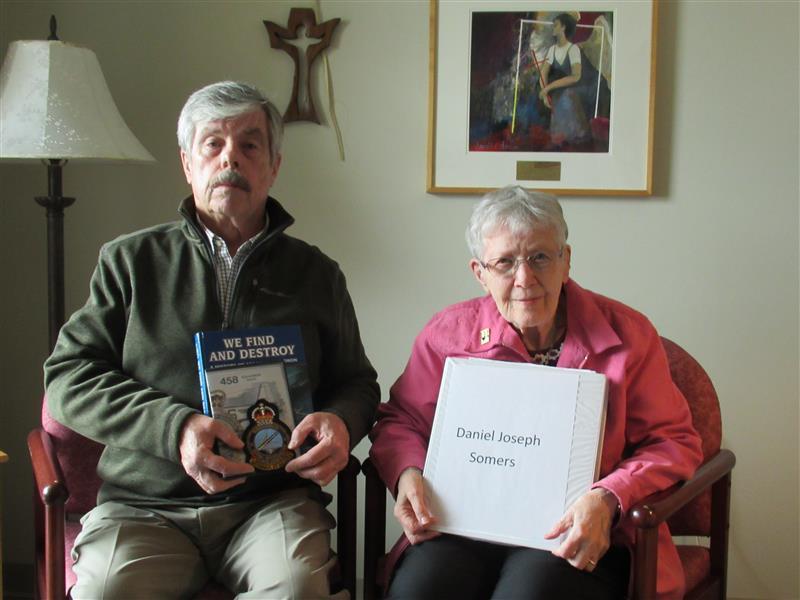